Bremen, a city with many faces

Bremen, the cosmopolitan city on the Weser river, looks back on 1,200 years of history. Two of Bremen's most famous landmarks are the magnificent Weser Renaissance town hall (UNESCO World Heritage) and the grand old statue of Roland on the historical market square. The Bremen Town Musicians from the Brothers Grimm fairytale are the emblem of the city and a ubiquitous presence, most famously in the form of a bronze statue.

Bremen is the tenth-largest city in Germany, a European centre for aerospace, a city of science and home to the Überseestadt district, one of the largest urban development projects in Europe. The close proximity to the river and unspoilt countryside plays a big part in the lives of the locals. Bremen's seafaring traditions are still alive and well today and contribute much to the city's unique appeal. 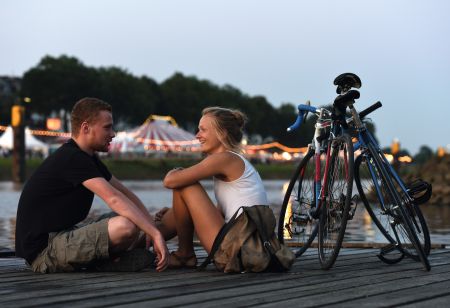 From hotel reservations to package deals, from guided tours to host services for coach groups and conference planning. Bremer Touristik-Zentrale (BTZ) not only provides information about what's on where and when, it also offers a complete one-stop service for locals and visitors alike.